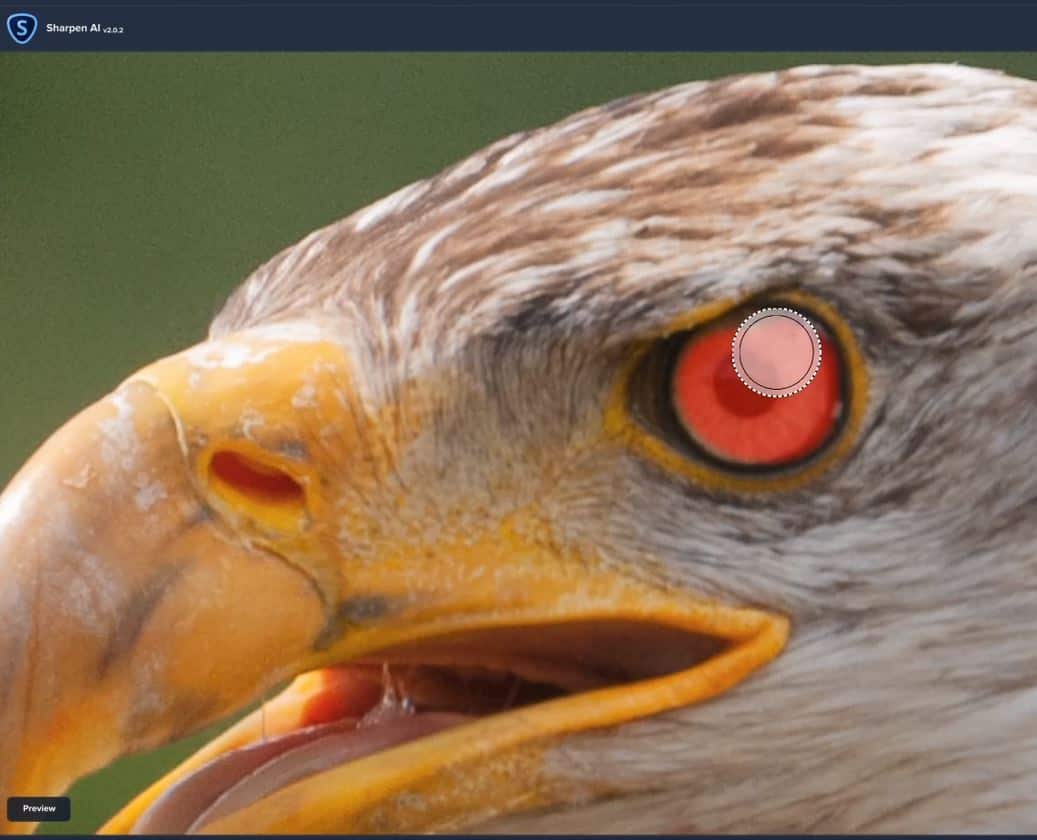 Topaz Labs Sharpen AI takes sharpening of images to a whole new level.  With the newly introduced selective adjustments feature photographers can now selectively sharpen just the areas of the image that require it.

This is part two of our four part review on the Topaz Utility Bundle AI which I recommend every photographer have as part of their editing kit.  In part one I reviewed Topaz Denoise AI v2.0 which as the name implies is used for minimizing noise created by high ISO settings.  This time I will be reviewing Topaz Sharpen AI for full image sharpening and the newly introduced selective adjustment sharpening that was just released.

The third product is Topaz Gigapixel AI which is used for upscaling images by up to 600% while totally preserving image quality.  I use Gigapixel for two primary applications within my editing workflow.  The first is on images where I need to crop in on the subject.  Example, with my Nikon D5 at 20MP if I crop out half of the frame I am left effectively with 10MP to work with.  Topaz Gigapixel AI allows me to render that image back to a resolution of my choosing up to 600% of the size.

And the final review is on JPEG to RAW AI which allows you to convert a JPEG to a RAW format which provides an enhanced editing capability that would not be possible if we were editing a JPEG image.

Let’s be honest, we’ve all had those moments when you capture that once in a lifetime wildlife image and you chimp away on the back of your LCD while out in the filed and it looks great.  Then you get home and bring it up on your big monitor and realize the eyes are not tack sharp.  Another image headed for the trash can……..or is it?

What if I told you there might be a way to rescue that National Geographic award winning soft image?  That’s right, Topaz Sharpen AI just might hold the answer to your prayers unless you really missed the mark.  Before we jump in to the full review there are many of you asking me questions about a new masking feature that was just introduced into Topaz Sharpen AI.

How do you use the Topaz Sharpen AI Masking Tool?

For those of you who prefer a visual approach on how to use the Topaz Sharpen AI masking tool watch my video below.

How Do You Use the Topaz Sharpen AI Masking Tool?

Fast start video on how to perform your image sharpening with the new Topaz Sharpen AI Masking Tool.

FREE UPGRADE & EXCITING NEW FEATURES: July 23, 2020 – The Topaz Labs development team appear to have been very busy these past few months to bring users of Topaz Labs Sharpen AI several new features that I have found to be very useful in my workflow.

Below is a list of the features that I think you’ll want to make yourself aware of.

The new version of Sharpen AI or any other Topaz Labs product can be downloaded by going to Topaz Product Downloads. 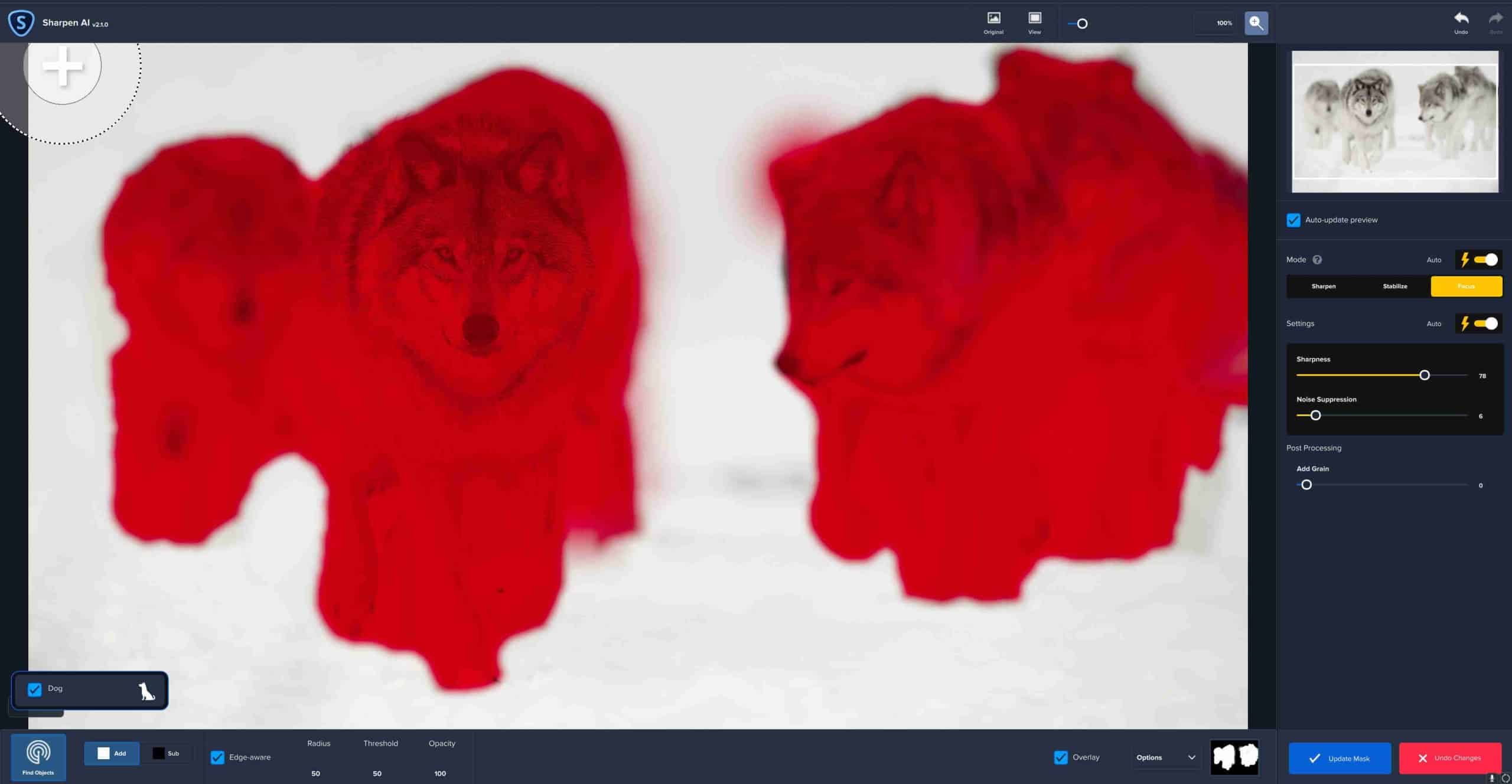 FREE UPGRADE V2: March 20, 2020:  The new masking tools are all part of this newly released major update.  Topaz Sharpen AI has now added two highly-requested features for image sharpening, selective adjustment abilities and batch processing capabilities!  Both are included in a free upgrade for those who already own the product and you can download it at Topaz Sharpen AI. These new features are a big deal for all photographers but especially so for wildlife photographers when it comes to selective adjustments.

Hundreds of users made selective adjustments their #1 priority for the new release of Topaz Sharpen AI and Topaz delivered in a big way.  As wildlife photographers we DO NOT want to overlay image sharpening across the entire image.  If you are doing that let me suggest there is a better way, especially now with the addition of selective adjustments.  You no longer have to create an image sharpening layer in Photoshop and brush away to leave behind only the areas you want sharpened.

The Eyes Have It:

You can now do selective image sharpening within Topaz Sharpen AI in a few easy steps.  As wildlife photographers we obsess over details in our images starting with the eyes.  That’s the first thing I look at when I review an image, if  the eyes are not in focus I run the image through the three Topaz Sharpen AI modes to see if it can be recovered and if the answer is no the image is deleted.  If the eyes are in focus I turn my image sharpening to details in skin, scales, fur, feathers or whatever else I feel will highlight the details of the subject that I wish to focus a viewers attention on.

Below is what the new interface looks like in Topaz Sharpen AI v2.0.2.  You’ll notice the masking icon at the top of the interface and once you click on that you will see the new masking options along the bottom of your screen. If you want to see this image in full size click on it to enlarge it.  Note: You’ll have to use your back button to come back to the blog after reviewing the image.

Having tried selective adjustments now on a few images I am over the top excited with this new feature as it saves me additional steps in other tools. Editing Tip: When performing image sharpening do not overdue it.  Your sharpening should not be obvious to someone viewing the image and I see it all the time, so please lend a critical eye to this small but important detail. 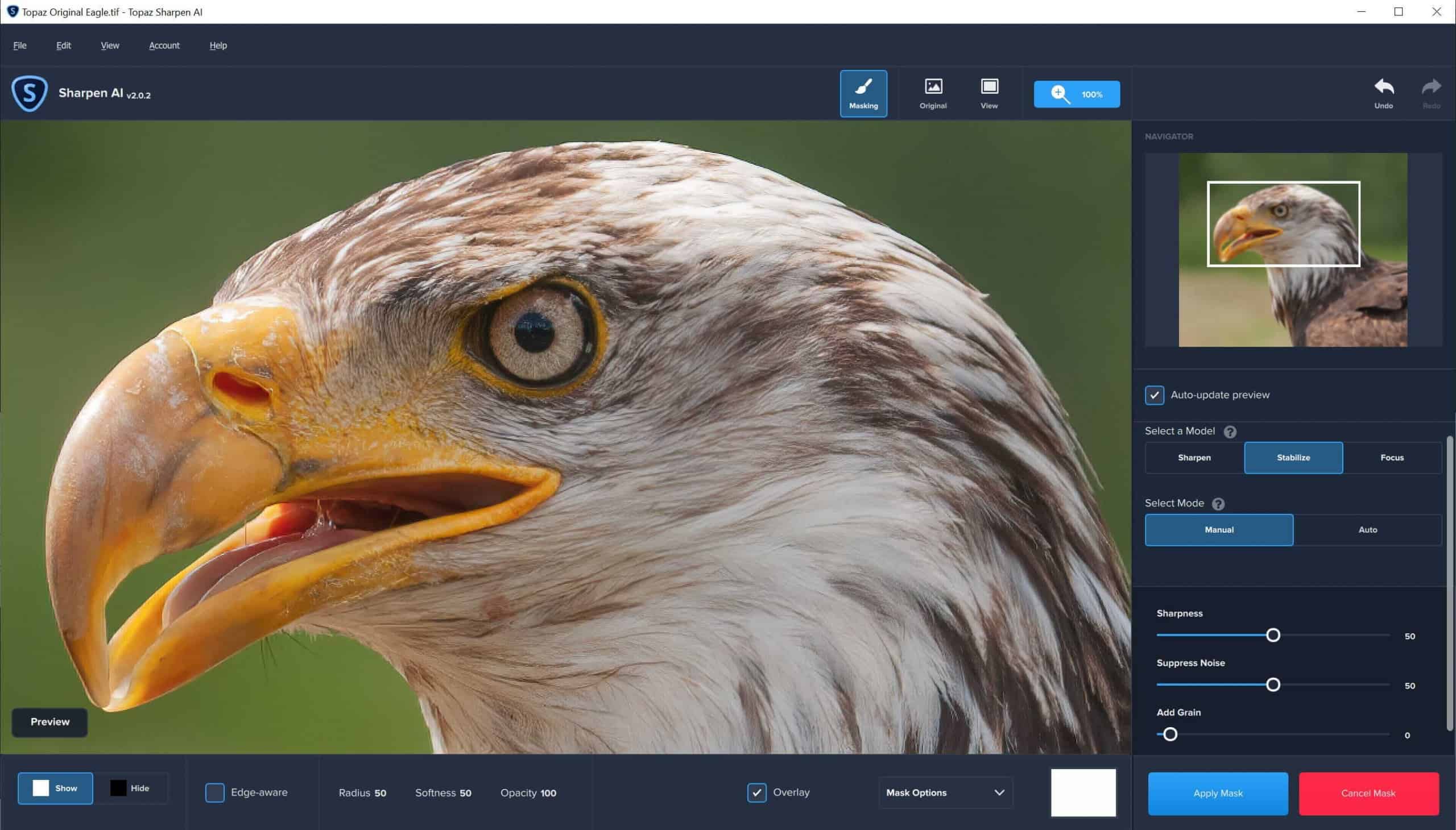 You now have the option to import multiple images quickly and easily for batch processing. You can apply the same settings to all images for rapid processing or you can single out an image, or a handful of images, and apply different settings before completing your batch process.

Wedding photographers I’m sure they will love this new feature but as a wildlife photographer I had to think about how I might apply this new feature.  My typical workflow sees me reviewing all of the images from a shoot and selecting to review only those that are a 10/10 based on my criteria for a winning image.

Often times I may have rattled off 10’s of shots of the same subject in burst mode and I am trying to select only the very best image from that sequence.  Say I have 10 images of the same subject shot in a burst, I could batch process them in Topaz Sharpen AI before I review and select the best image based on which one is the sharpest.  I may try this after my next shoot to determine if it is helpful in the process or whether it just adds another step to my workflow that is unnecessary.

The first thing you’ll notice when you dive in to the new Topaz Sharpen AI interface is that you have three basic image sharpening options: Sharpen, Stabilize and Focus.

In all three image sharpening modes, the artificial intelligence (AI) within the software analyzes the image and sets the sliders to the recommended settings for correcting the image but you can change any of the sliders manually as you wish.  The sliders present you with three options; Remove Blur, Suppress Noise and Add Grain and you can move each slider independently and view the image preview as you do to see the changes.  The split view allows you to move a line across the image so you can see the original and the modified view as you make your changes to each slider.

For each of the RAW images below I zoomed in to 200% of the image and left each mode in AUTO so you could see the results that the software applies.  You could then manually use the sliders to render the image to your preference, however I did not do that so you could see how the software rendered the image sharpening by default using its AUTO mode..  The first image is intended to show you the interface on the right side and the next three depict the difference between the original image and the Stabilize and Focus modes. You can click on each image to magnify them for a better look. 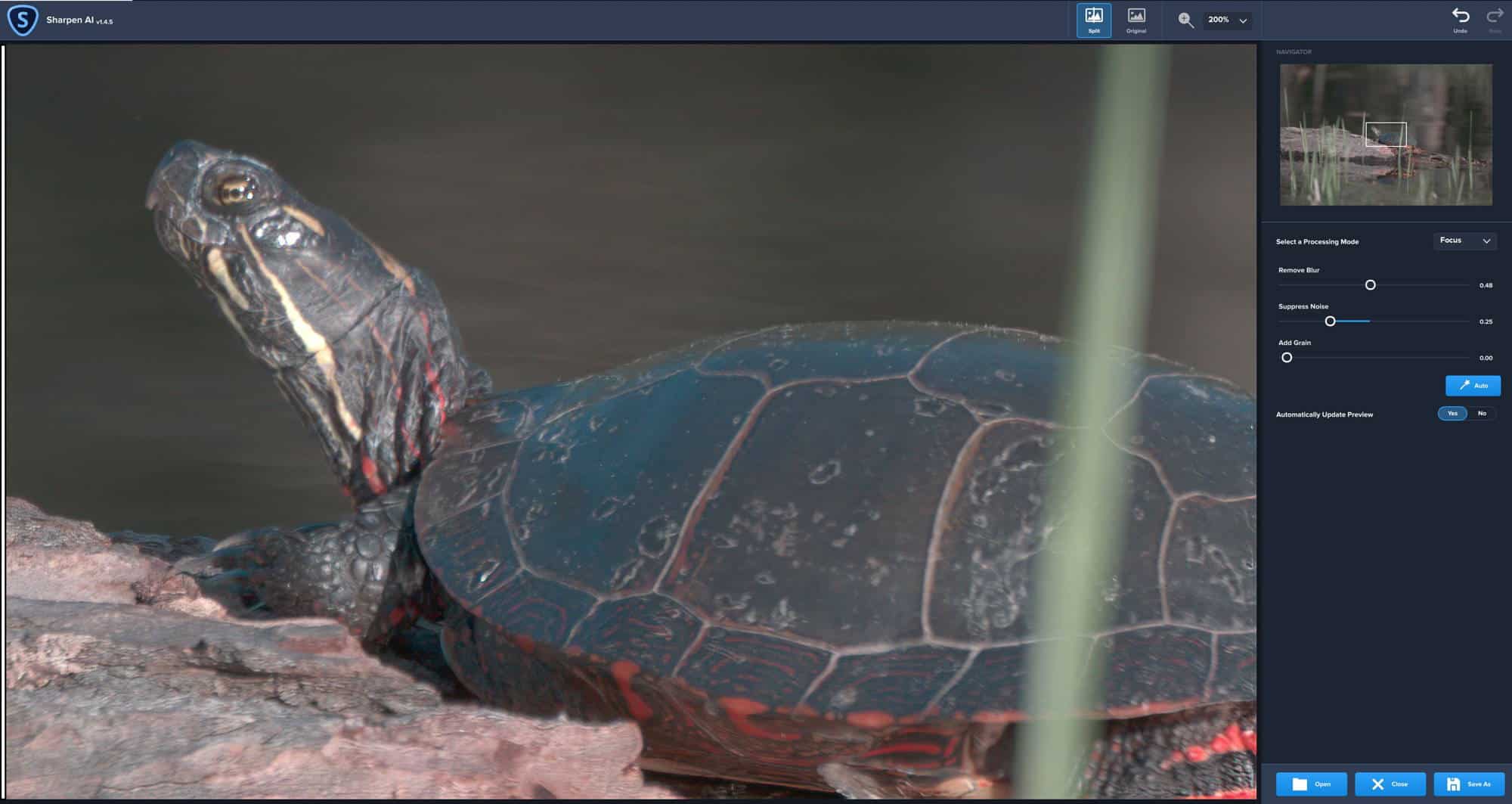 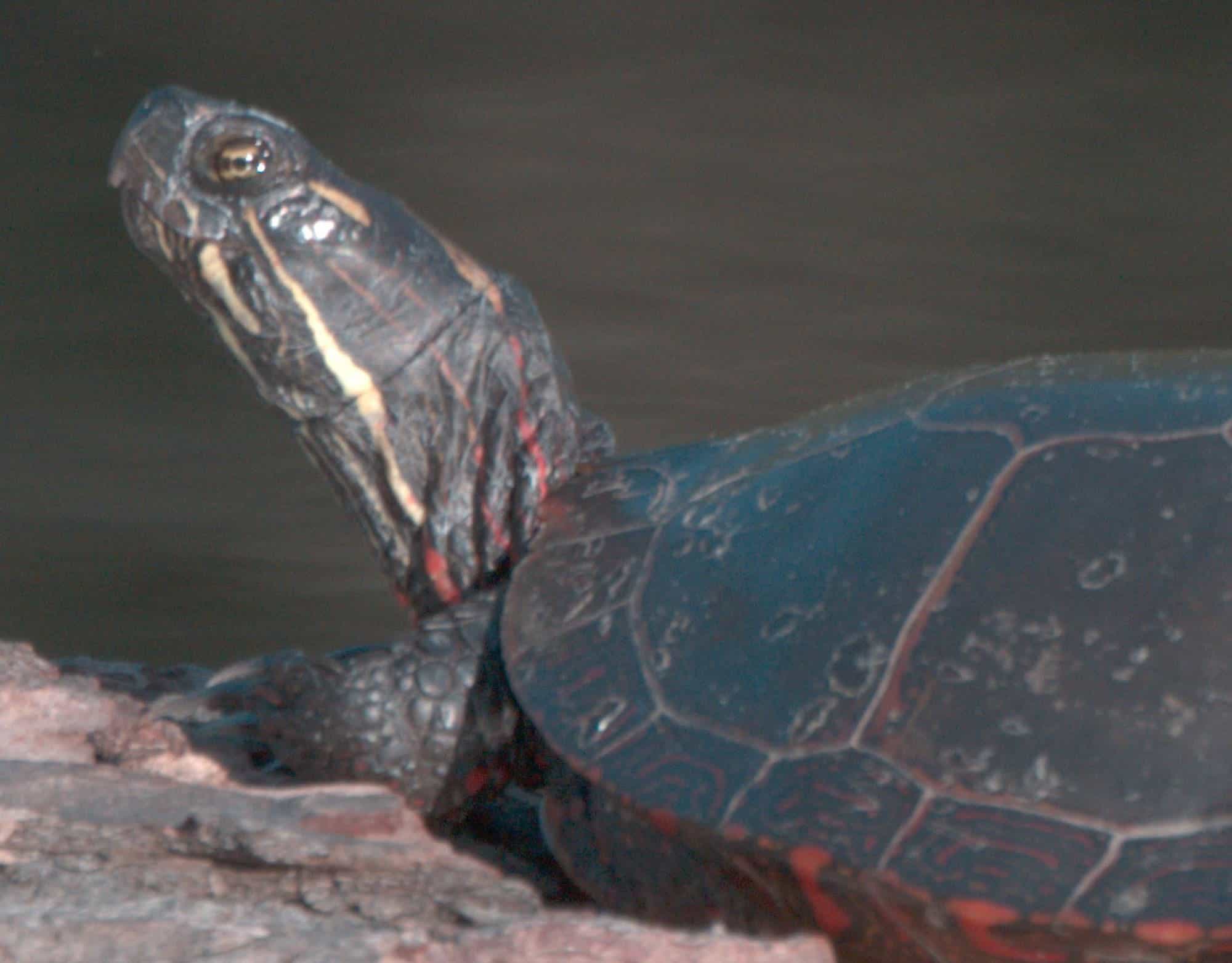 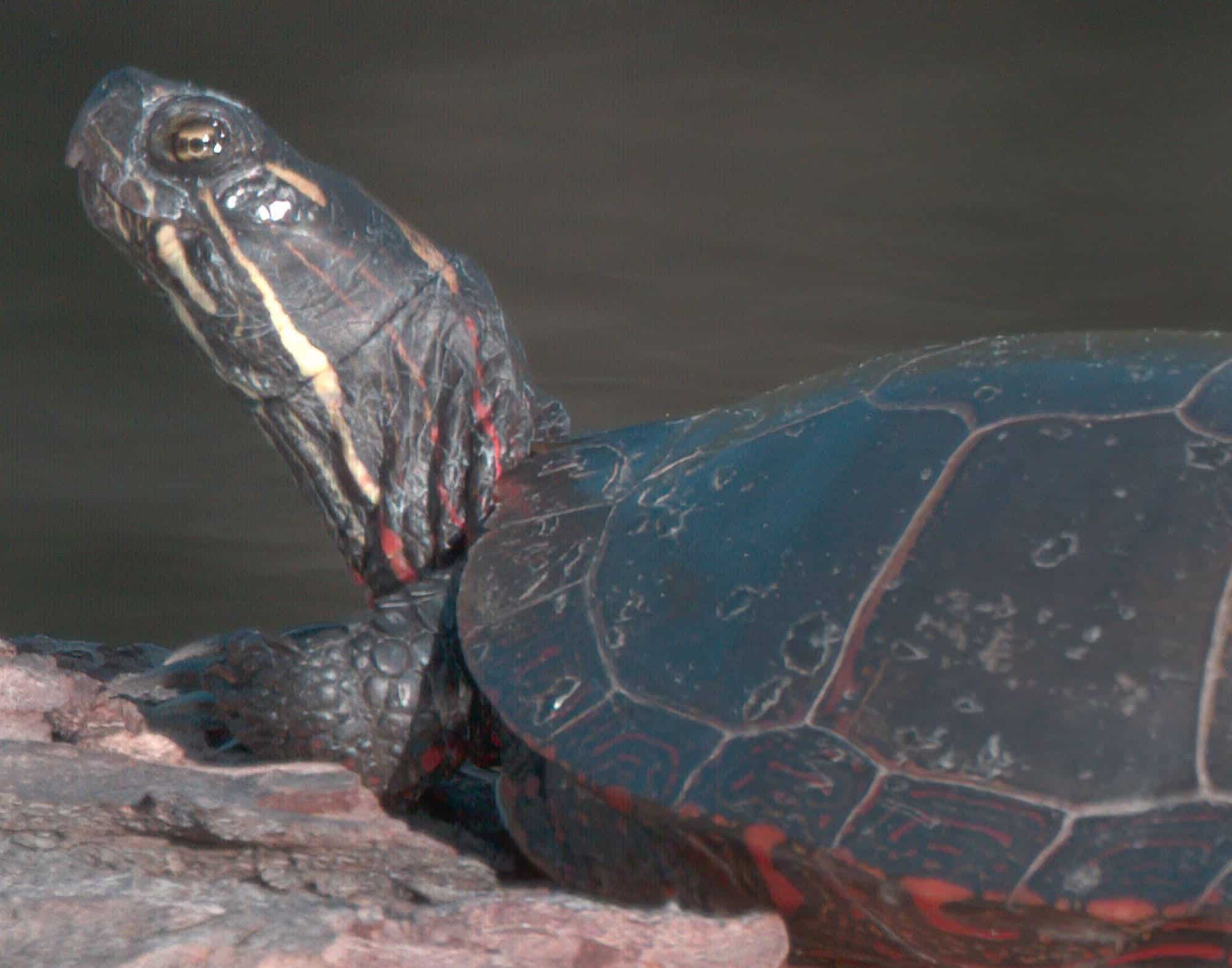 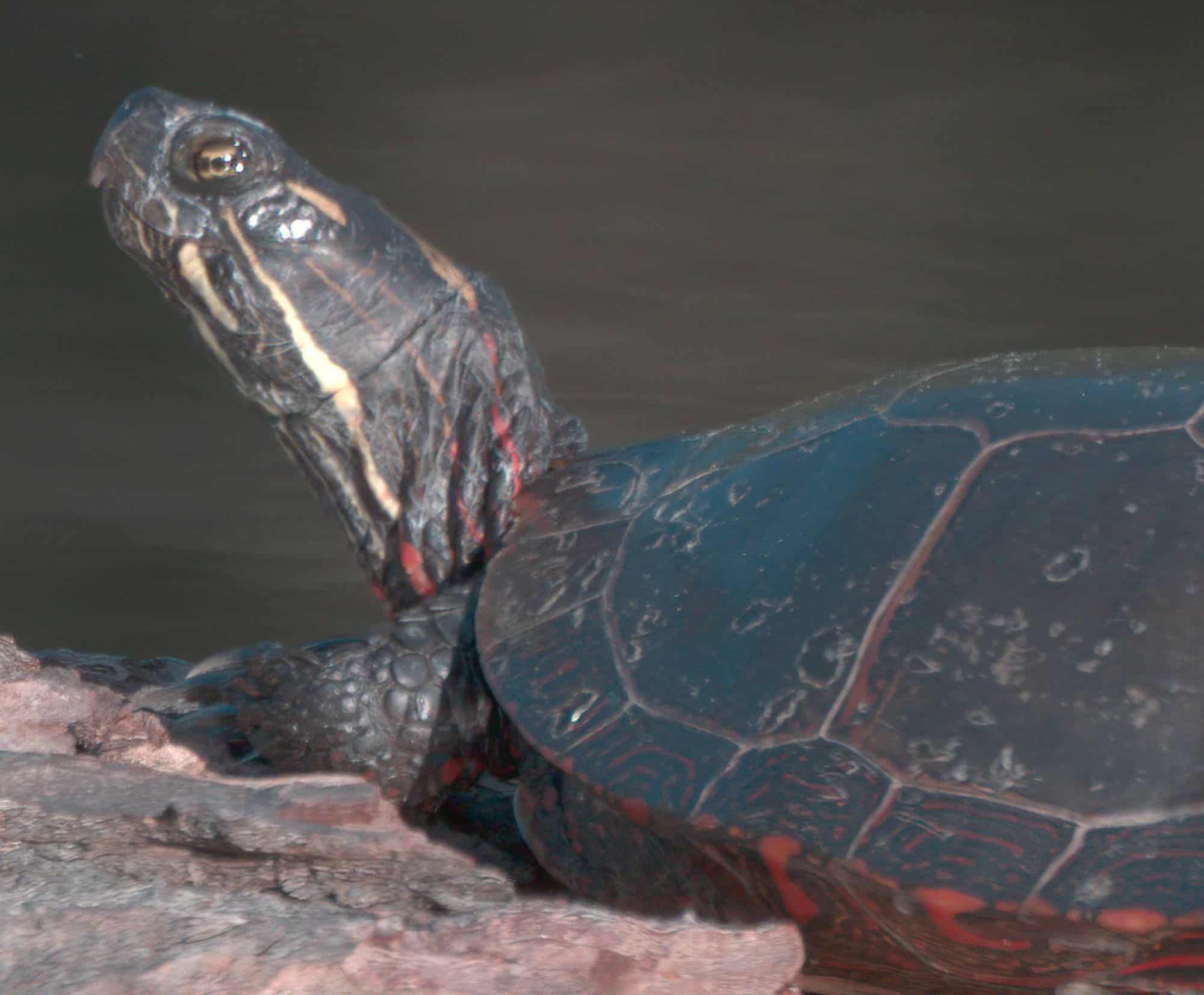 This image was taken from my kayak hand held with a Nikon 80-400 VR at 400mm f 5/6, 1/1000th and ISO 250.  Not surprisingly there was camera movement so the Stabilize mode did the best job sharpening the image and dare I say bringing it back in to focus.  Take a close up look at the eye, the wrinkles in the neck and the scales on the foot.  Comparing the original and the stabilize mode image you can really see just how much sharper the image is and remember that’s without me tweaking the image any further than the auto adjustments.

Topaz JPEG to RAW AI is included in the Topaz Utility Bundle which I recommend every photographer has as part of their editing kit.  You could purchase each of these products; Topaz JPEG to RAW AI,  Topaz Denoise AI v2.0,  Topaz Sharpen AI  and Topaz Gigapixel AI separately but you’ll save some cash  by purchasing them through Topaz’s Utility Bundle.  Trust me, you’ll want them all eventually so you might as well pay a little extra upfront to save a lot on the back end. 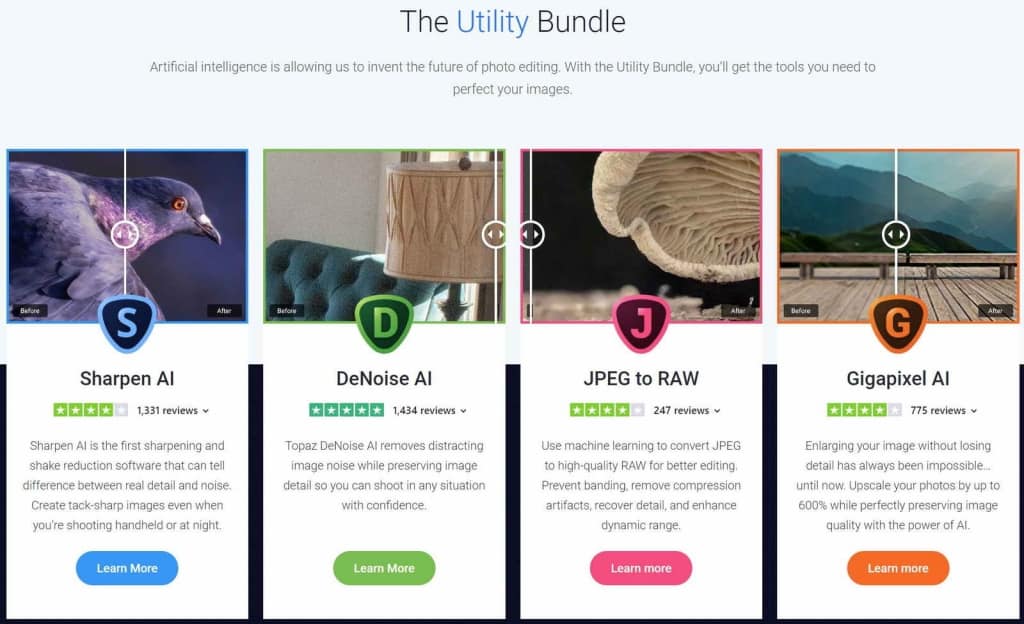 Topaz Sharpen AI has become an integral part of my workflow for image sharpening.  If you are cropping in on subjects or performing large print jobs then having sharp images matters and Topaz Sharpen AI should be in your toolkit. And now with the addition of the selective adjustments feature image sharpening just got a whole lot better for wildlife photographers.

Magic however does have its limitations, Topaz Labs claims that Sharpen AI can correct up to 10 pixels of defocus so if you have images where you have minor camera shake and only slightly out of focus images give Sharpen AI a try before you hit the delete key and blow away the next front cover image of National Geographic.

Topaz Labs does offer a free 30-day trial and you can follow this link to go to Topaz Sharpen AI directly.  Bonus: If you decide to buy you can use Coupon Code coolwildlife15 to receive an automatic 15% discount off your purchase.