You better get home, SOON! 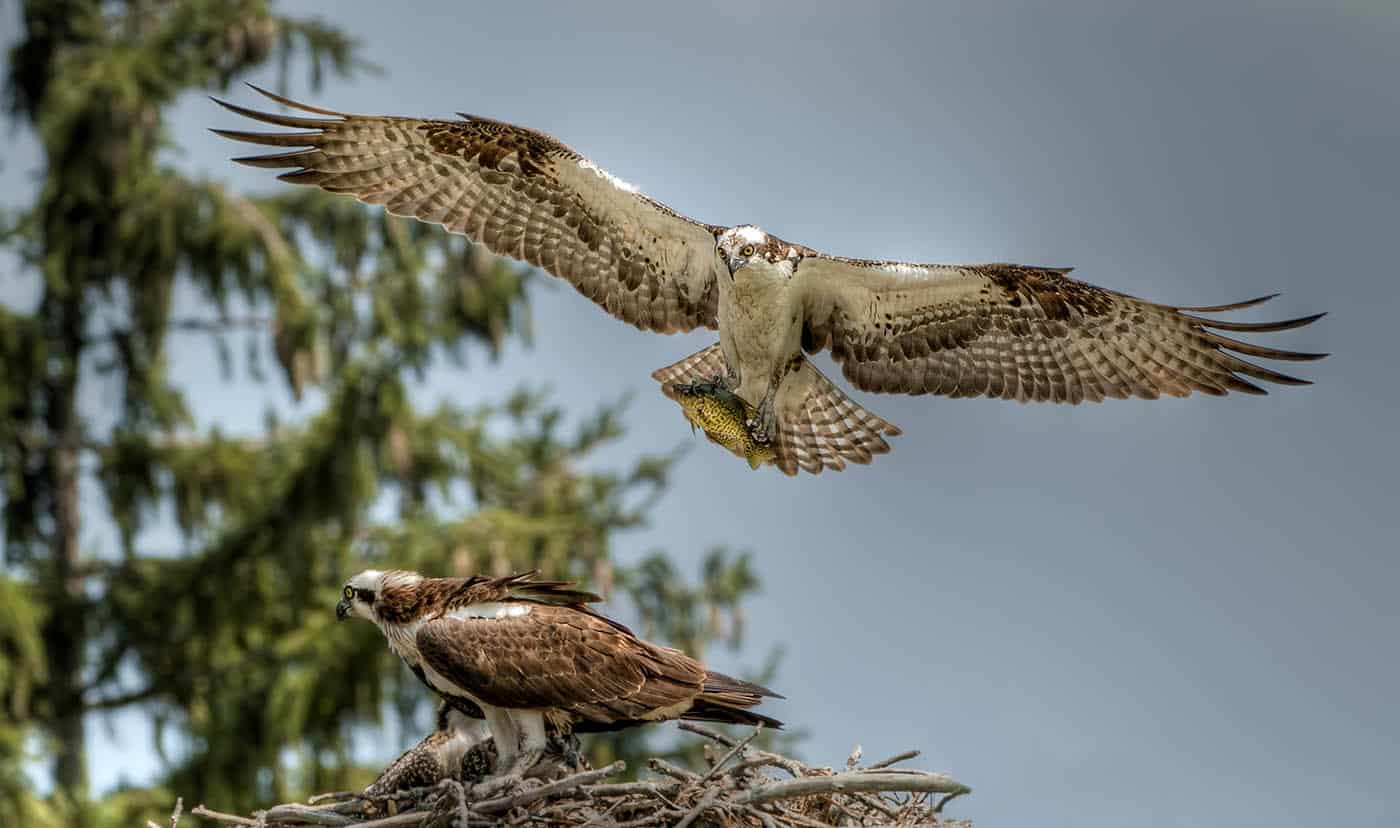 Each year I look forward to the warmth of the Summer sun on my back as it signifies the return of the osprey to my favourite nest.  By the end of June and in to the beginning of July I begin to see little heads popping up above the nest and so begins the opportunity to capture osprey with fish in their talons.

There’s really nothing special about this image other than the story behind it.  I arrived on location just as the sun was rising, my usual time, and most days I would find both adults on the nest together.  However on this particular morning there was only one adult, which I assumed to be the female.  By 9:30 am the thermometer was over 30 degrees C and the female had her wings spread open to shield her young from the sun.  Through my lens I could see droplets of water dripping from her beak.

This when it got really interesting, she let out a very loud shrill cry which I roughly translated to say, where the #@$% are you, I’m in this nest stuck with the kids baking and out you’re out having fun. Within 30 seconds the male flew over the nest, let out an apologetic reply and disappeared.  It wasn’t another five minutes until he returned to the nest with this fish.  Observing the communication between this pair was one of the coolest wildlife moments I’ve experienced. Whether he slept on the couch that night I can not tell you.

I setup with two camera bodies and lenses when I shoot an osprey nest.  My long lens will be on a tripod with a remote trigger, pre-focused on the nest.  If something unexpected happens in the nest all I have to do is press the button on my remote knowing the image is already composed and exposed to my liking.

My second body will be hand held to capture erratic flight shots as they unfold. In doing so I am ready for whatever action unfolds without the need to change lenses which significantly increases my chances of capturing a great image.

Many years have passed since I took that image but the story remains burned in to my memory to this day.  A valuable lesson was learned that day. I realized that I was afforded this wonderful moment between these two osprey because I had the patience to sit for five hours in the sweltering heat when nothing was happening.  In my earlier years I would have packed it in much sooner and been non the wiser to the magic that had unfolded that morning.

Take the time to learn the behaviours of the species you are photographing, it will allow you to predict when things are about to happen. Take this osprey pair for example, if one of them turns and poops out of the nest, 95% of the time they will fly within two minutes and usually in to the wind.  Knowing this let’s you setup in the right spot.